‘I feel at peace’: Johnny Depp’s full reaction after his win over Amber Heard
Trending Gists 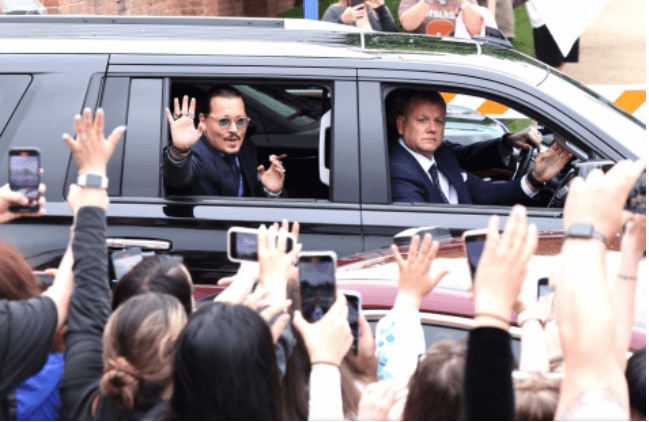 Johnny Depp’s full reaction – On Wednesday, June 1, Johnny Depp emerged as a clear winner in the defamation lawsuit he was bringing against his ex-wife Amber Heard. The court ruled in her favour and ordered the actress to pay her $15 million in damages. If the comedian was also partially convicted, he shared his immense joy on Instagram.

Since April 11, the court in Fairfax, in the United States, had been studying the complaint filed by Johnny Depp against his ex-wife Amber Heard for defamation after an op-ed in the Washington Post in which the actress said she was a victim of domestic violence. The 58-year-old comedian had then seen his career take a big hit.

On 1 June, the jury ruled in his favour and found that he had been defamed. He was awarded $15 million in damages. He too was convicted for the same reason, and had to pay 2 million to his ex-wife. On Instagram, the Pirates of the Caribbean star reacted minutes after the verdict.

It took no less than 13 hours of deliberation to uncover the verdict of the jury of five men and two women, which unanimously found that Amber Heard (36) had made false statements describing herself as a victim of domestic violence, and that she had acted “with malicious intent“.

Enough to give satisfaction to Johnny Depp, absent from the courtroom at that time because traveling in the United Kingdom. On Instagram, the actor wrote: “Six years ago, my life, the lives of my children, those of my loved ones and those who for years supported and believed in me were changed forever.

All in one blink of an eyelash. False, very serious and criminal allegations were made against me by the media, which resulted in an endless stream of hatred although no charges had been made against me. This story went around the world twice in a nanosecond and had an earthquake-like impact on my life and career. And six years later, the jury gave me back my life. I am really humbled by that.“

The actor, who received the support of his ex-girlfriend Kate Moss during this trial, hopes that his situation with the studios will unblock, he who lost his contracts with Pirates of the Caribbean and Fantastic Beasts. “From the beginning, the goal with this case was to bring out the truth regardless of the outcome.

Telling the truth was something I owed to my children and all those who stood firmly behind me. I feel at peace knowing that I have finally accomplished this.

I am and have been overwhelmed by the colossal and kind amount of love and support from all over the world. I hope that my quest for the truth to be told has helped other people, men or women, who have found themselves in my position, and that those who support them will never give up. I also hope that the doctrine of presumed innocent will be returned until proven guilty, both in the courts and in the media.

I want to acknowledge the noble work of the judge, jurors, court staff and police officers who sacrificed their time to get to this point, as well as that of my diligent and unwavering legal team who did an extraordinary job of helping me share the truth. The best is yet to come and a new chapter is finally beginning. The truth never perishes,” he added.

Johnny Depp VS Amber Heard trial: the final verdict has been rendered!