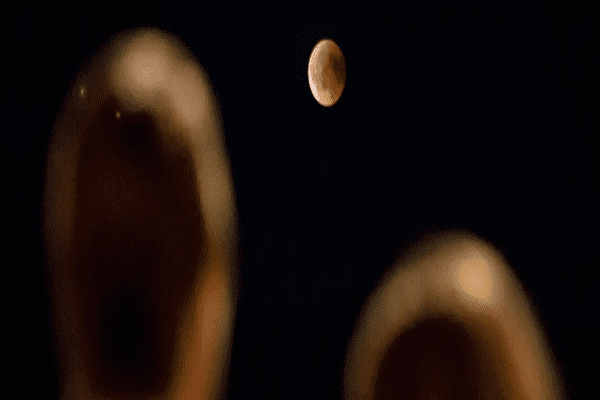 The rare total lunar eclipse Monday morning will hardly be seen in the Netherlands. The so-called blood moon can in principle be seen all over the world between 4.28 am and 7.56 am (Dutch time).

Between 5:29 a.m. and 6:55 a.m., the moon is exactly in the shadow of the Earth, reports Weerplaza. That total lunar eclipse can only be seen for a very short time in the Netherlands, because the sun rises around 5:45 a.m. and the moon sets again 2 minutes later. Moreover, a lot of clouds are expected, reports Weeronline.

A blood moon is a total lunar eclipse. The moon is then completely in the shadow of the earth and that gives a red glow. The best chance of seeing something of the red-colored moon on Monday is between 5:29 and 5:47 a.m. The run-up to the total lunar eclipse is a lot easier to follow in our country.

From 3.30 am the moon slides into the so-called side shadow, an hour later the moon comes exactly into the core shadow of the earth. In that period, the moon gradually becomes redder.

A partial lunar eclipse is more common, but a total eclipse is not. The next total eclipse that will be clearly visible in the Netherlands is only on December 20, 2029. According to Weerplaza, the next partial eclipse is on October 28, 2023.

Two years later, on September 7, 2025, there will be another total lunar eclipse, part of which could be seen in the Netherlands. The moon will then rise darkly above the horizon.

With a lot of luck you will see something of the total lunar eclipse in the Netherlands on Monday morning. For really good visibility, you need to be in the eastern half of the U.S. and Canada and in South America.

Also in Portugal and the west of Africa, for example, the blood moon can be seen better than in our country.

“Bitcoin is a great way to protect your savings”