Review: Chromecast with Google TV is more than a simple streaming stick 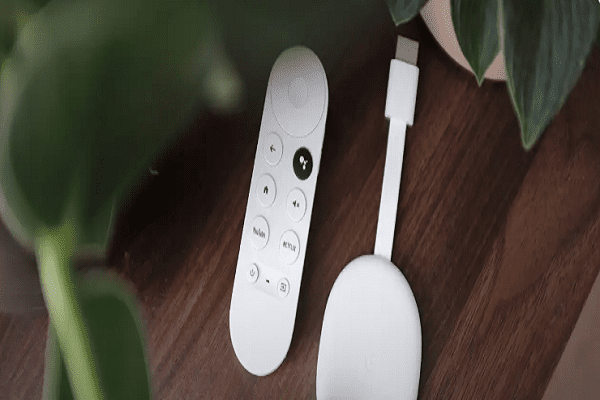 Chromecast with Google TV interface and a separate remote control is finally officially available in the Netherlands. It is the first dongle with a full TV platform from Google and the device distinguishes itself from the competition by bundling films and series from different services in one overview.

In the Netherlands, we had to wait almost two years for Google to release its new Chromecast. Although the device has been for sale through various channels for a long time, it is only now fully supported on the Dutch market and is officially available.

Previous Chromecasts that have appeared since 2013 were ideal for older televisions without apps or other smart features. The dongles made it easy to stream movies on Netflix to the TV, for example.

The device simply went into the HDMI connection and then you could send videos from a phone or laptop via Wi-Fi to the big screen.

That’s all still possible, but the new Chromecast is a world of difference compared to its predecessors. That has everything to do with Google’s television interface Google TV and the included remote control.

Furthermore, it has fixed buttons to open Netflix and YouTube and a separate button for the voice assistant. The volume buttons are placed a bit awkwardly on the side.

No longer a conduit

Where Chromecast previously only passed on images, it now claims a central place where everything comes together on the television. All apps of popular video services can be installed on it, such as Netflix, Videoland, Amazon Prime Video, HBO Max and NLZIET. You can open the apps separately and browse the content library, but Google TV prefers to lump everything together.

For example, the home screen shows in an overview the series and films that you can watch on different services. Google TV categorizes itself, but you can also use Google Assistant to look up movies, series, or genres.

The voice control often works properly, but sometimes it does not understand you well or you are presented with something different than what you were looking for.

However, it is nice to get an overview on the homepage. Then you no longer have to navigate through masses of titles in different apps.

YOU MAY HAVE MISSED:
Why festival tickets have become a lot more expensive

The disadvantage is that you cannot decide for yourself how the films and series are categorized. But Google hopes that you can let go of that and will sail on what the Chromecast offers you.

Also practical for other tasks

Google is late with its TV interface, because Amazon, Apple and Xiaomi have been offering these types of solutions for years. With its own overview, Google tries to distinguish itself. Google Assistant is also a valuable addition, because the voice assistant works as you are used to. You can show the weather forecast on TV, ask if there is a traffic jam or request other information.

Users with smart devices can also link it to the Chromecast. Just asking the Assistant if the lights can be turned off, works without any problems. Users with a smart Nest doorbell can even view images of the person in front of the front door on the TV when the doorbell rings. Because of that integration with other equipment, the Chromecast is not only usable for the TV, but for many more tasks.

Research by Telecompaper showed in 2021 that 68 percent of Dutch households can be online via a smart television. How many people also have a Chromecast, Apple TV or, for example, a Horizon box from Ziggo, is not known. In any case, it is clear that many people stream movies and series.

YOU MAY HAVE MISSED:
Why festival tickets have become a lot more expensive

But the new Chromecast is mainly for people who want more overview of the growing range, do not want to get lost in thousands of movies and series of individual apps, want to easily control their smart (Android) equipment in the house and want more choice in the type of apps they can use on TV.

The Chromecast offers 4K with HDR support for extra clear image and is well priced at 69 euros. Occasionally the software falters for a while, but never so bad that it becomes annoying. All in all, the device is a logical continuation of the older Chromecasts that is not inferior to the existing competition.

Review: Chromecast with Google TV is more than a simple streaming stick

For More On “Chromecast” and “Google TV” Enjoy entertainments update